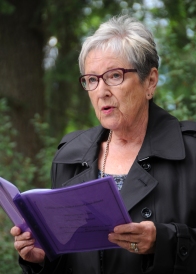 Born into a family where she was schooled in traditional Christianity, Gloria began to question aspects of Christianity as a young adult. Never receiving answers that satisfied her, she left the church and thus began her quest for what she defines as “the truth.”
Gloria trained as a Psychiatric Nurse and was later schooled in the alternative healing modality of Healing Touch, where she experienced first hand the power of the Infinite Force she chooses to call God. The experience further entrenched her need to be closer to the Source of All. It was an amazing awakening in her life and ultimately brought her to a service in the Spiritualist Church of Salmon Arm.
Gloria was introduced to Spiritualism some 14 years and recognizing very quickly she had “come home!” After accepting the call to the Ministry and experiencing further study in Spiritualism under the tutelage of Senior Minister, Reverend Norman Russell, she was ordained as a Spiritualist Minister on July 20, 2008.
Since her ordination, Gloria has availed herself of continuing Spiritualist Education, specifically in Mediumship, Intuitive Studies, Psychometry, and Spiritual Healing. Having a passion for becoming a clear and ever-present channel for Divine Energy, she has studied Mediumship with the Inner Quest Foundation, taken an 18-month course on Mediumship through the Arthur Findlay College and also taken courses in Developing Intuition through The Intuitive Mind group. An avid reader and thirsty for knowledge of Spiritualism she continues to further her education at every opportunity.
Recognizing the ultimate privilege of being a Spiritualist Minister, Gloria avail herself of opportunities to share the wonderful science, philosophy, and religion of Spiritualism and to live its Seven Principles daily. She often offers workshops on Mediumship and its aspects through the church, takes part in and facilitates Circles, and shares inspired Addresses from the Podium.
Gloria brings to her Ministry her love of mankind, of all things Spiritual and her quest to move ever closer to the God of her understanding. It is her mission to promote pure Spiritualism and allow it to flourish in Salmon Arm. 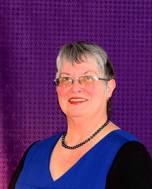 I am privileged to be a Reverend of the Spiritualist Church of Salmon Arm.

I have been a member of this Church since 1999 and will be forever thankful to my friend who introduced me to it and presiding Minister Norm Russell at a time when I was looking for spiritual fulfillment in my life.

Over the years I have volunteered as a greeter and chairperson, and I am currently secretary of the Board of Directors. I also schedule the greeters, look after the Moment with Spirit segment of the Sunday services and am one of the healing mediums.

This Church is my spiritual home where I am received with open arms and warm hugs, and the members have become a wonderful part of my life.

My husband and I enjoy spending our Sundays together with people who have become our church family.

I believe in our Seven Principles as well as our souls survive after physical death.

I have been a member since f the Spiritualist Church since 2014. Shortly after joining I was asked to volunteer as a Chairperson.
It was in 2015 that I felt drawn to take up training to be a Minister. I had started studying that year, with the University of Metaphysics. Obtaining my Bachelor of Metaphysical Sciences in 2016.
As a child, I was brought up to believe in the continued existence of the soul. I have been a medium since I was very young. I was fortunate to be raised in a family that supported this
I have advanced my knowledge of Mediumship by taking courses through Inner Quest Foundation. I was trained as a healer by Senior Minister Norm Russell.

During my training, I provided a church service once a month. Provided platform readings, participate in leading a Development Circle. I co-facilitate a Tarot Card for your Spiritual Growth group. I have used and studied the Tarot for over 30 years.
Colleen Hoople was Ordained on October 27th 2019.